By Unknown - November 07, 2017
Our travels have continued even while our blogging has been faltering. It is easy to tell you where we've been... just have a look at our updated map 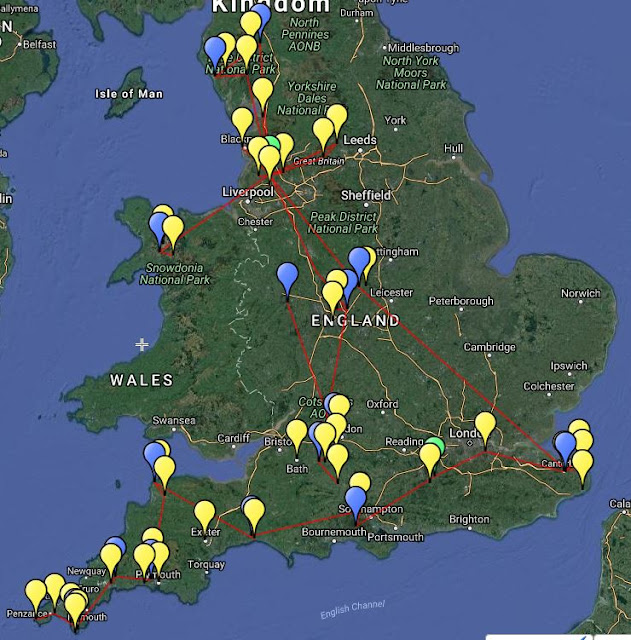 Over the last few weeks we have explored Lancaster Castle where Pilates was invented, raced a steam train on our bikes and won, helped some Australians operate canal lock gates, and camped next to the 5th tallest industrial gas flue (chimney) in England. If at least one of those things isn't interesting to you then presumably you'd like to hear about the state of Smart-Motorway upgrades on the UK road network? We have lots of experience with those too.

Our final week in Lancashire was spent with James' Mum Sue and her partner Ian. We made the most 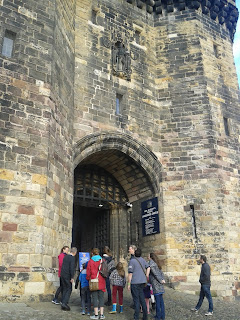 of the comforts of a warm home and access to a car which actually fits into normal car park spaces. Visiting Lancaster was interesting and eventful. Interesting because the layers of history of the castle as a prison over 500+ years are retained, and the castle still operates as a crown court so we were able to visit the inside of impressive court rooms. Eventful as we had to help our tour guide get medical assistance after he walked into a medieval castle wall while trying to answer questions from our children. I was glad to see they have that effect on other people too.
Visiting the castle was also an opportunity to learn more about the specifics of Lancashire as a county palatine and to learn more about the Honour and Duchy of Lancaster. Lots of legal and constitutional weirdness that gives the UK its special character. 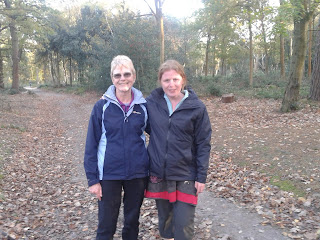 Upon leaving Lancashire we headed to the West Midlands for a week and stayed by the river Tame at Kingsbury Water Park. We met up with friends on several occasions, both planned and totally unplanned. We explored Sutton Coldfield park where our friends Marc, Myriam, Amelie and Jacob live, and it's also where we randomly bumped into a close friend from Paris we hadn't seen for many years. We briefly visited central Birmingham which served if nothing else to remind me of why I never go shopping with kids in large cities. Still Birmingham was looking new and shiny in many areas, and in the process of being renovated in others. 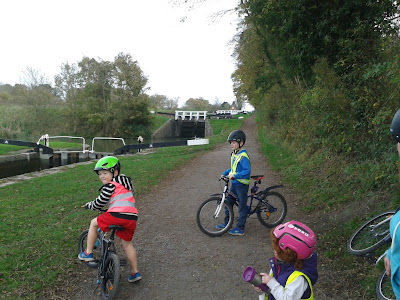 Following Birmingham we drove down to Wiltshire, and another place of which we knew next to nothing - Devizes. The campsite was next to the Avon and Kennet canal with a spectacular cycle ride past 25 locks between us and the town. I grew up thinking Bingley 5-rise was the peak of canal lockery so this was very impressive. It was made all the more fun thanks to some visitors from Oz who were holidaying on the canal and had made it through 5 of the 25 gates in an hour. Samuel and Nathanael gave them a helpful push with some canal gates to speed them on their way.

Tourist hot-spot Bath was a 50 minute bus ride away and we all spent several hours totally absorbed by the Roman bath site and museum. It was another beautiful sunny day and so after our Rotten Romans morning we had a Gorgeous Georgians afternoon before heading back to our camp site.

Our Wiltshire tourist bonanza continued with Stonehenge and Avebury on two consecutive days. More standing stones and stone-age earthworks than you could shake any number of sticks at. It seems that the boys do really get the significance of these places, even if Samuel wasn't quite as impressed as I was with 4500 year old burial mounds / bumps in the ground. 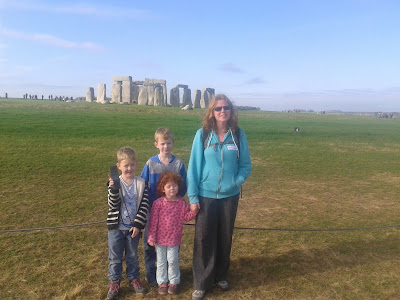 We finished our Wiltshire tour in Purton where we visited my sister and family, which included a visit to a Roman camp site and a re-enactment of Celtic Britons (me) trying to attack Romans (Samuel and Nathanael) and basically getting my butt kicked before being killed lots and then being locked in prison, in that order. 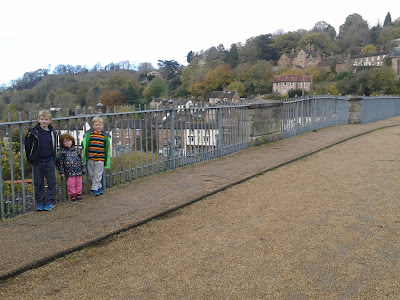 This sprint finished back up in Ironbridge, the birthplace of Industry if you believe the signs. It was on our Atack-opoly board so we had to go there, although as it was a Monday all the museums were closed and so it was a cut-price back-to-basics visit to Ironbridge - ie. walk across the bridge, calculate the toll for crossing the bridge with a cart and three donkeys, and then walk back again.

All this travel has taken its toll on us and emotions have been high these last few days. Although the places we've visited are interesting, and the adventure of exploring new places gives us moments of shared joy, the constant unpacking, travelling, and repacking is causing unhappiness for some in the family who would rather find one cosy place in front of a fire and stay there for the winter. They might have a point...