In order to meet the childrens' need for more stability and routine we have adopted a new rhythm of staying in the same location for 2-3 weeks, with one week road-trips in between. Our current stable location is the Mortonhall campsite in south Edinburgh, right on the edge of the city but well served with Lothian buses (God bless their public-service hearts, but please help them to communicate better with tourists and offer contactless payment so I don't have to carry around a pocket-full of coins).

This video which I made a week ago will give you a feel for the location, as well as some fascinating information about the structure of our awning.


Apologies for messing up the audio on parts of that, and I'm sorry if you're disappointed at having missed out on some of the technical details on the awning structure - you'll get over it eventually.

We hired the car you could see in the video in order to be able to run about during half-term with James & Ellie, eldest children of Cat & Pete our good friends in Edinburgh and since the 17th January elder siblings of baby Robert - who is still coming to terms with the 35°C temperature adjustment of being born in Scotland in January. 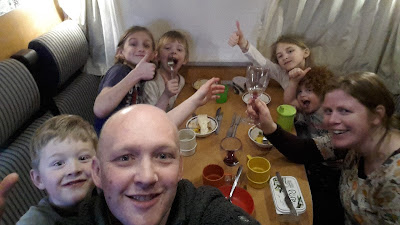 I thought you might be interested in an updated mega-map of our travels so far. Blue paddles indicate places we've stayed; yellow is places we've visited; and red lines are places we've driven. So if there is no red line then we took the train or bus, or something like that. 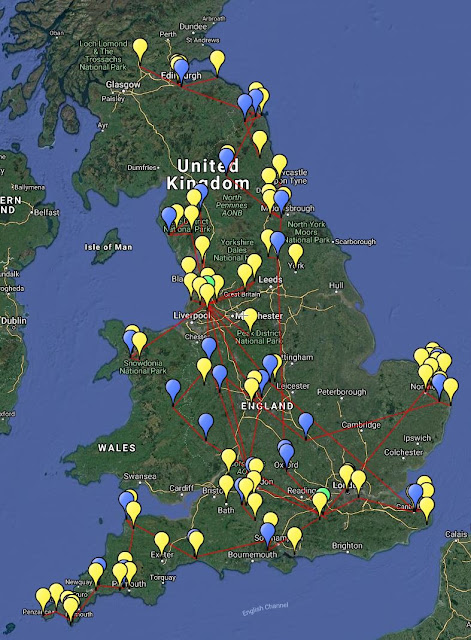 As you should be able to make out we've made the most of having a car or a week and have done a few trips out from Edinburgh. After Northumberland we were having castle withdrawal symptoms and so we headed up the Firth of Forth to the bridge over the river Forth at Stirling. The castle and palace there is partly restored as it was during James V reign, and it was a great introduction/reminder of the history of Scotland's kings & queens before the union. Also there was an awesome Lego display showing hundreds of mini-fig government troops destroying the remnant of the Jacobite rebellion, complete with forts, metre-high mountains and a French-looking Bonnie Prince Charlie. 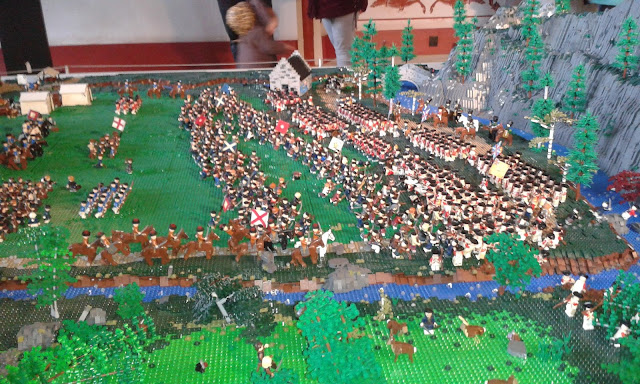 The real castle was nice too. Lots of unicorns.

I'll leave you with this gem from the great hall of Stirling castle. They say a picture is worth a thousand words - you can learn a lot about our family from this one. 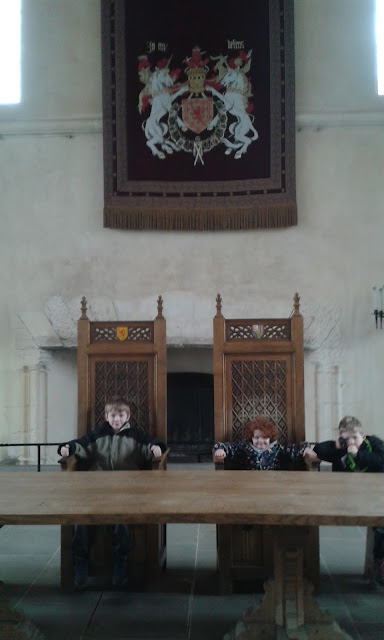