Today we arrived at Tobermory on a boat. 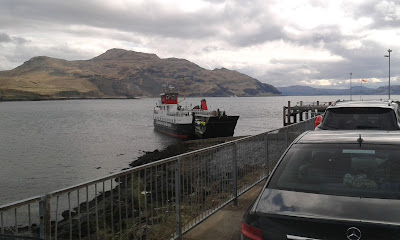 There were lots of colourful houses and I went on a tour of a distillery with my Uncle Ed and my Dad. They had lots of big machines - on most of them you could see inside and they were really amazing. First of all we went to a grinding machine, which is used for grinding the malted grain into grist.

Then we went to the mash-room where there was a vat which had a giant copper dome. The vat was empty except for a spinning stirrer with spikes on it. 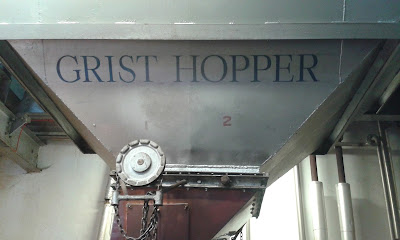 The next room had four very tall wooden tubs, about as high as a double-decker bus, which are used for the fermentation process. The tour guide told us that the tubs are soon going to be replaced. 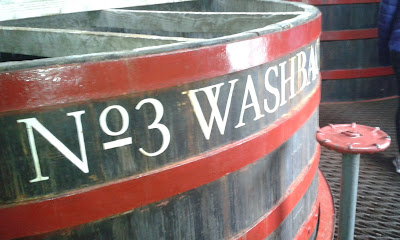 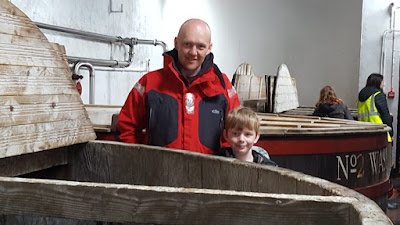 Then we went into the still room, which had 4 extremely tall copper stills. This was probably the biggest room.   The stills are used to seperate the light alcohol from the heavy alcohol. The heavy alcohol can't get up the pipes and so goes back down into the still, and the light one goes on to become whisky. 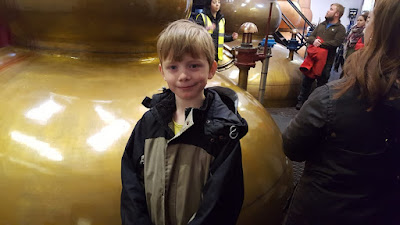 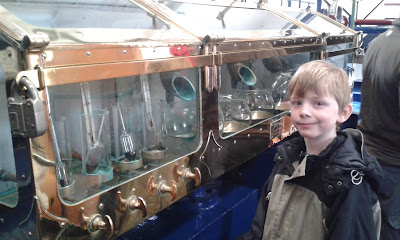 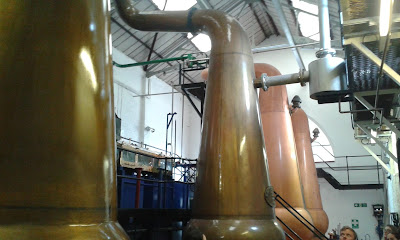 Then we went outside into a courtyard and visited a store room with barrels of whisky. In four years' time the oldest casks will be 50 years old and will be sold for about £8000 a bottle, which really surprised me. 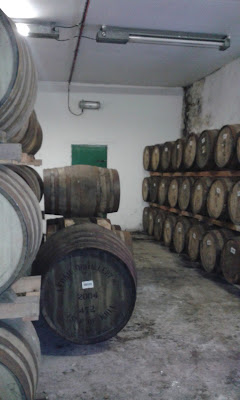 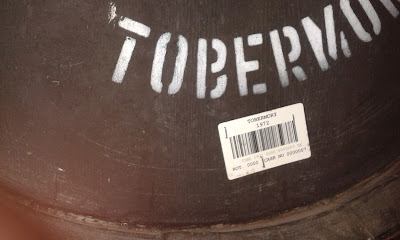 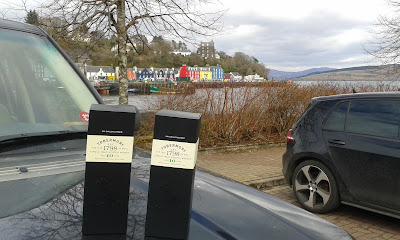